Your wishlist is currently empty.

Shop all
Congratulations! You've got free shipping. FREE SHIPPING ON ALL ORDERS OVER !
Your Bag
ONLY AWAY FROM FREE SHIPPING.

You have no items in your bag.

Make It The Perfect Combo Wishlist
Known for its stress-relieving properties, Tasmanian Lavender gifts us with an exquisitely floral, herbaceous aroma, with balsamic undertones.

Renowned for its gentle, soothing and healing benefits, Tasmania Lavender is one of the most versatile of all Mother Nature’s oils.

It has thrived in the crisp climate of our natural island state, Tasmania, to which it is named.

While it may share similar therapeutic properties to that of traditional French Lavender, Tasmanian Lavender does have subtle differences.

Recognised as its own distinctive subspecies, it has a unique aroma profile – an intensive herbaceous, floral aroma, with balsamic undertones.

Considered a very safe oil, Lavender is non-toxic, non-irritant and non-sensitising. You can use Tasmanian Lavender as you would traditional French Lavender, with its relaxing and calming benefits.

Lavender is known for its versatility in both perfumery and aromatherapy. It blends well with most essential oils. With its natural antimicrobial properties, make a steam inhaler with a few drops of Tasmanian Lavender, open your breath and ease seasonal sniffles. - Add a few drops of lavender oil diluted in a carrier oil for a relaxing massage. - Add 6-8 drops to a diffuser to benefit from its calming effects. - Place a few drops of lavender oil on a handkerchief under your pillow which may assist a good night’s sleep. - Add lavender oil to your all-purpose cleaner for a refreshingly scented blend with antibacterial properties. - Make your own air freshener or toilet spray using lavender oil for a calming scent. WARNINGS: For external use only. Dilute before use. Avoid contact with eyes. Keep out of reach of children. These safety guidelines are not a complete safety reference for the proper use of essential oils. When in doubt, consult your physician and/or a qualified and trained aromatherapy practitioner. STORAGE: Store below 30°C in a dry place away from direct sunlight.

I started with the Kunzea Cream, then decided on the Natural Relief Pack and love everything especially the Kunzea Balm. When I use the Healing & Purifying essential oil the aroma is uplifting just like being in the bush ...I am now considering the Lifestyle essential blends ...thank you 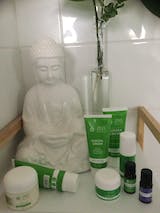 Firstly I’m pleased to be supporting an Australian owned family company. I use the products daily and certainly get relief from my aches and pains. I use the cream, balm and roll on and pleased that I purchased the cream in bulk size. The essential lavender oil is a must buy. I am extremely satisfied with these fabulous products. 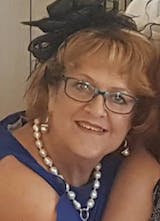 I just love that Kunzea Oil products and now this Tasmanian Lavender are produced here in Australia. Thank you Hayden and Family for your initiative in producing such quality products. I am so grateful to the Kunzea products for the benefits they have given me during my this past year. Before and after a hip replacement these products have been a major player in pain relief and recovery.
One thankful Aussie, Joy 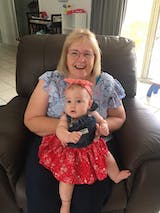 The Tasmanian Lavender is just beautiful! Subtle and very calming. Its my new fav! ❤

Such a unique lavender scent. Put some in the diffuser every night for a peaceful sleep 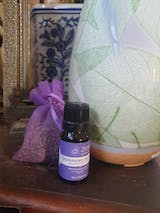 This Tasmanian Lavender is such high quality and lived up to expectations .
I will be ordering again 👌💜 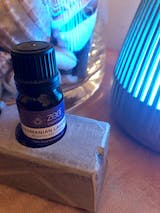